Co-owner and CEO at Bittech.vc

Alexander has been working in the IT sector since 2001. Member of SE-TEAM, a community of SEO specialists. In 2005, he established an agency for Internet advertising and SEO called Peon AG.

Since 2012, a co-founder and CEO of e-development venture fund (the largest deal is the purchase of the Utro newspaper from RBC holding).

In 2013, together with Vladimir Nesterenko (SAPE.RU, BPC.ONE) was engaged in the promotion of mining and crypto projects.

Since 2017, co-owner and CEO at Bittech.vc, which manages over $10 million in mining with the general consumption of more than 1 MW.

Grigory Polezhaev specializes in intraday trading. He trades futures, the US stocks, and cryptocurrencies. He mainly trades in-play stocks that stand out for higher trading volume and high volatility. It allowed Grigory to easily study and shift to the cryptocurrency market, as the latter constantly shows high volatility.

Today Grigory Polezhaev is a cryptocurrency specialist. He knows everything about cryptocurrencies, blockchain, and their technical aspects. Grigory has vast experience of trading on the most famous cryptocurrency exchanges, as well as experience in the selection and participation in lucrative ICOs.

Grigory believes that engagement in a proprietary trading company is the best choice for the trader’s development. Team training and trading save more time and funds than independent search for the required direction.

Sergey is a leader of Bonex.io team, lecturer at Deloitte Academy, chairman of the committee on blockchain and DLT standardization (ТC-188/ISO 307). Blockchain evangelist, member of workgroups on the regulation of crypto assets. Sergey was responsible for technology consulting and digital innovations at Deloitte Garage.

Sergey has 20 years of experience in project management in the field of IT audit, development of IT architectures of enterprises, IT strategies, long-term roadmaps, and software. Specialist in design thinking and Goethe's scientific methodology. Member of ISACA since 2008 and certified IT auditor (CISA).

Vladimir Savastyanov has been working in the field of technological forecasting since 2003 and currently works on the Ph.D. degree in this field. Since 2014, he has been a member of projects related to the crypto industry; since 2015, he has been involved in the R&D projects of Hotmine and Bitfury.

He is the co-founder of the Irkutsk blockchain community.

The author of more than a hundred analytical work on e-commerce, ICO, electronic currencies and blockchain .

Organized the video channel Pokupo.News on YouTube, which produces weekly news digests on blockchain and e-commerce.

Experienced sales/pre-sales team lead who provides high value to Enterprise businesses by modern cloudsolutions; combines unique sales and technical background with ability to sell to both BDMs and TDMs;manages Enterprise accounts in Commercial and Public Sectors with steady growth of market share.

Speciality: law and tax consulting for the blockchain industry.

After receiving engineering education in 2006 at the Kiev Polytechnic Institute, Sergey Vasilchuk became a software developer. Later, he co-founded several fintech companies and headed initiative groups on the development of blockchain solutions.

For a long time, Sergey served as an advisor on software development to chairmen of the board of such banks as SmartBank and Alliance Bank.

10 years of experience in creating electronic payments processing tools and anti-fraud services helped Sergey to successfully found and head Attic Lab in 2016. Sergey believes that Bitcoin and blockchain have catalyzed inevitable changes in both banking services and the financial system in general.

Work Experience:
Dmitry worked as a lawyer in large international companies in the financial and banking spheres. After working for some time in consulting at the world's leading law firm Clifford Chance in Paris and Luxembourg, Dmitry became a Partner of a law firm in Moscow. Since 2013, he has been professionally advising IT companies and start-ups around the world. In parallel, Dmitry launched several of his own projects. He is an active proponent of blocking technology and a crypto-enthusiast since 2014. Has advised over 30 block projects, the author of numerous articles in the media. Dmitriy is a professional adviser for projects that go to the ICO. The total capitalization of projects exceeds $ 100 million. Since 2017 he has been on the Board of Directors of Midex IT.

Achievements:
Recognized as one of the best advisors of 2017 Expert of the news portal Cointelagraph Expert rating agency ICO Bench Jury.online Arbiter.

Deputy director at the digital agency Olshansky and Partners

Deputy director at the digital agency Olshansky and Partners, head of the complex projects department, experienced Internet Marketer with a demonstrated history of working in the marketing and advertising industry. He helped to implement projects with total money raised about $10 million.

Director of the Institute of management and social-economical designing of the Plekhanov Russian University of Economics, has Ph.D. in Economics.

Member of the Council on digital economy and blockchain technology under the State Duma.

Member of the Scientific and expert council and a working group under the Government of the Russian Federation.

CEO at Drofa Communications Agency and ICOPR Agency. She is also Member of Advisory Council on Finance and Consumer Protection of the CIS countries. Constant Forbes Columnist.

Career: She has been involved in financial markets since 2007. In 2012, Valentina became the Best Entrepreneur according to the jury of the contest Young Millionaires 2012 annually held by the newspaper Delovoy Peterburg. In 2013, Valentina was accepted to Advisory Council on Finance and Consumer Protection of the CIS countries. In March 2017, she was included in the list of the most influential women of Saint Petersburg according to Delovoy Peterburg. Since 2017, he has been working as CEO at ICOPR Agency.

Alexander Bespalov has more than 15 years of experience in corporate and banking management, over 10 years in consultancy, a specialist in information systems and security, and has experience of managing investment projects worth several millions of dollars in Russia and abroad.

CEO and Co-Founder BountyGuru
Closing of the conference

10 months since the decree no. 8 ‘Concerning the development of the digital economy’ came into force: what has changed in Belarus during this period?

Time to price increase
Go buy a ticket profitable
days
:
hours
:
minutes
Participant
Presentation of your company on the thematic event is great targeting, maximum coverage and honest feedbacks.
Become a participant
Media
We invite industry media for cooperation. Fill out an application to become media partner of the large blockchain event.
Become a partner
Sponsor
Present your company to the most high-quality target audience! Your brand will be one step ahead, gaining attention of future investors and customers.
Become a sponsor

Get program update on email 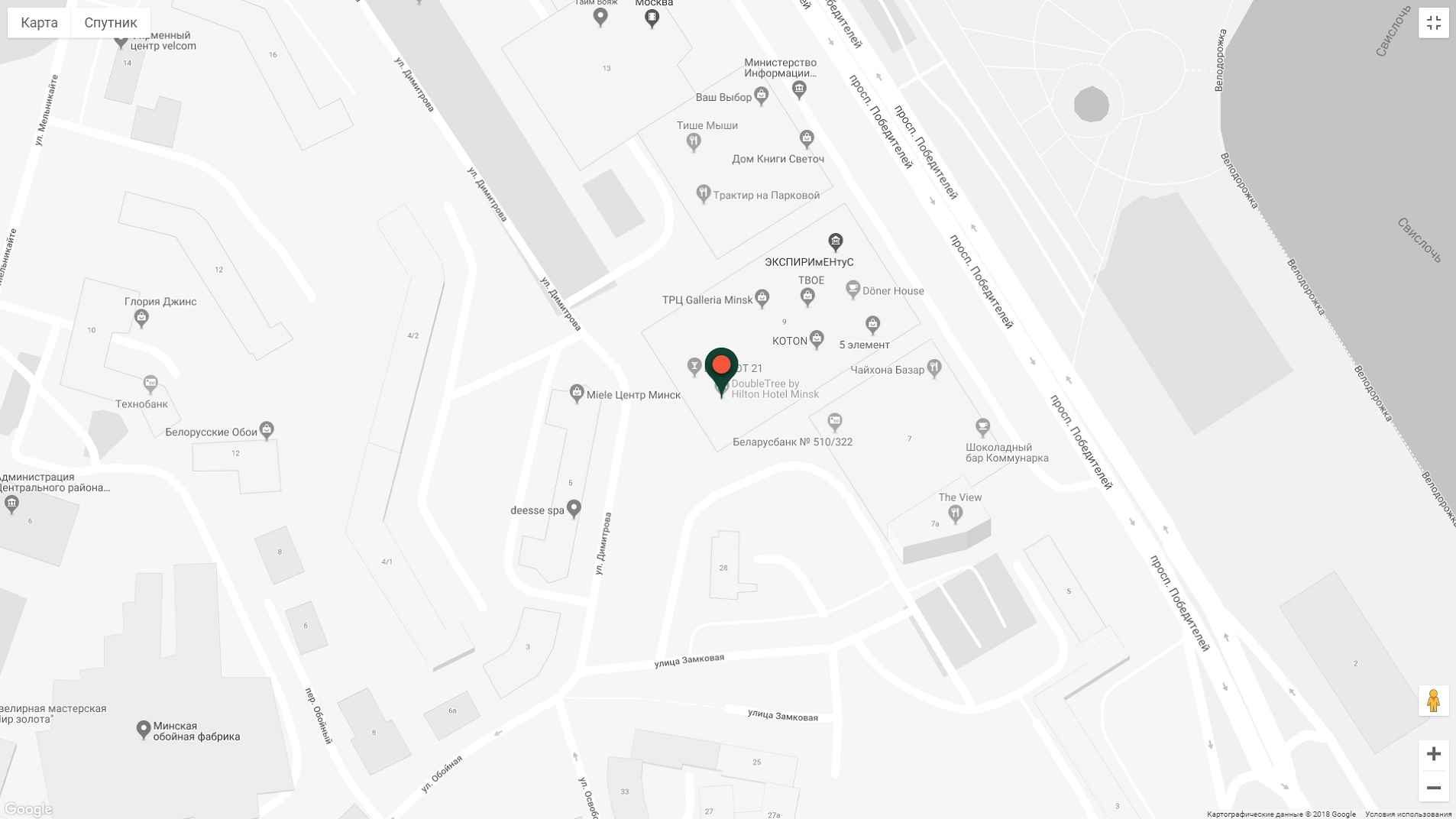